Yesterday afternoon the weather was simply delightful.  There was a nice breeze and the temperature when I arrived home was near 85 degrees.  So, after dinner, we headed outside to play.  I should preface this by saying that Fitsum has decided to make the area under his fort a pig sty.  He likes being in and covered with dirt.  He likes putting mud (when it rains) on the walls and posts.  I have no idea why, but it makes him happy. 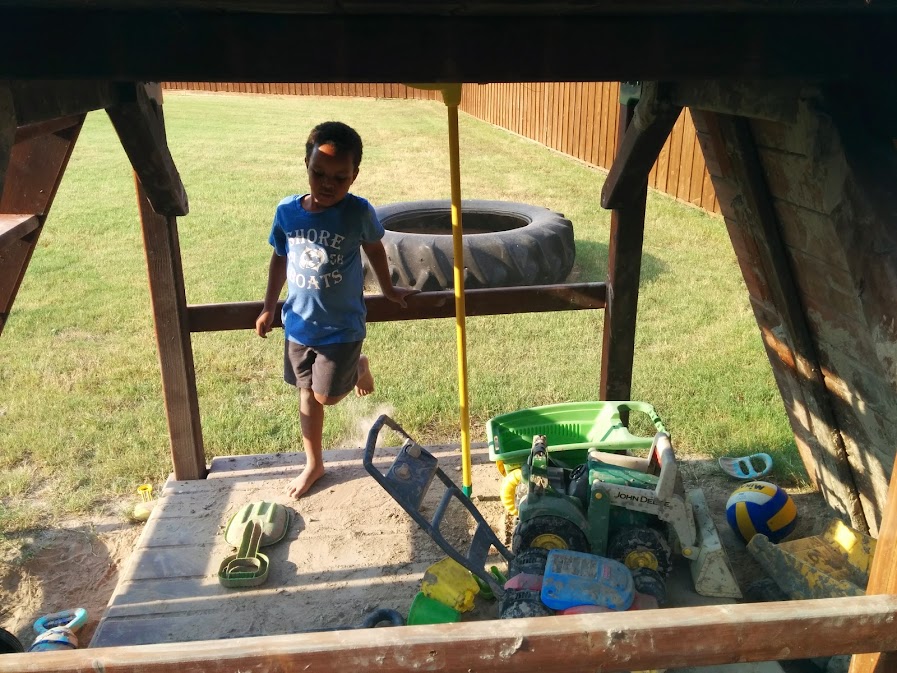 And then we played soccer for a bit.  Fitsum is generally left-footed, but he seems to have no issue kicking with either foot.  He is also becoming long and lean.