1. I took a break last week to take a trip to Washington. I got to see my brother, his wife, and my new niece. I had proposed in the summer that my brother and I do a “runcation” which was a way for me to go run in the mountains and go see my brother at the same time. Both things are fun and I had not seen my brother and his family since the pandemic started, so over a year and long enough for my new niece to be darn near 10 months old.

This is me reading to my new niece. Her name is Penny and this is Thursday before we started the planning process, although we did start planning prior to this point with me sitting on the chair. She and I are not planning anything. 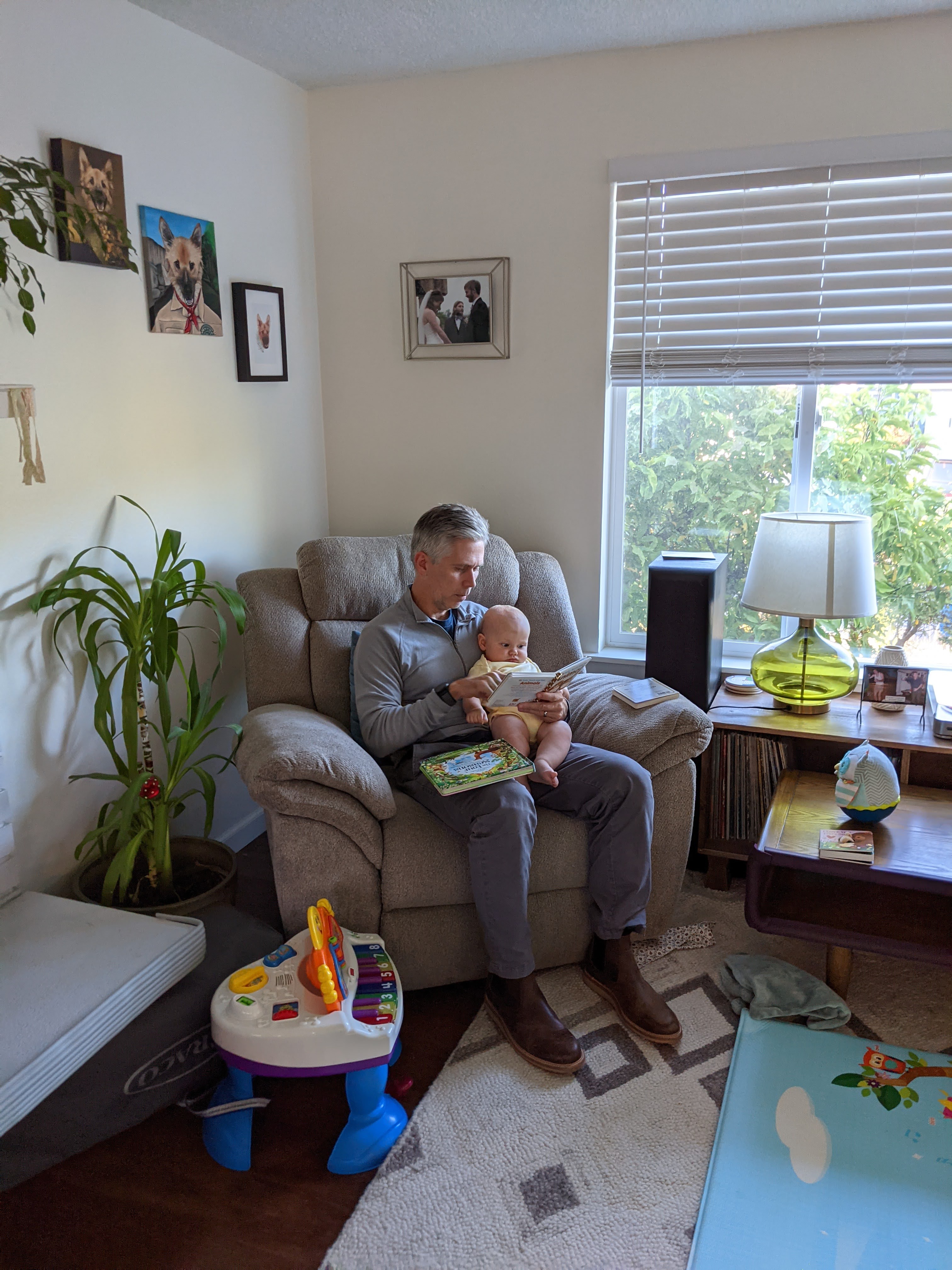 2. On day 2, we traveled 3 hours to the Gifford Pinchot National Forest to hike the Snowgrass Flats and Goat Lake Loop Trail. This is generally considered to be an overnight trail I think, lots of people hiking in with packs for the evening and essentially sleeping at Goat Lake for the night and then completing the loop. TJ and I had plans to run the entire thing and be done in a few hours. This is the first time I’ve done something like this, to hike something that would seem a bit daunting and do it in enough time to be home for dinner. I should also clarify that my hat is not a Ted Lasso hat, it’s from a website called “Believe in the Run” and they review running shoes. Yes, I bought a hat from a running website. 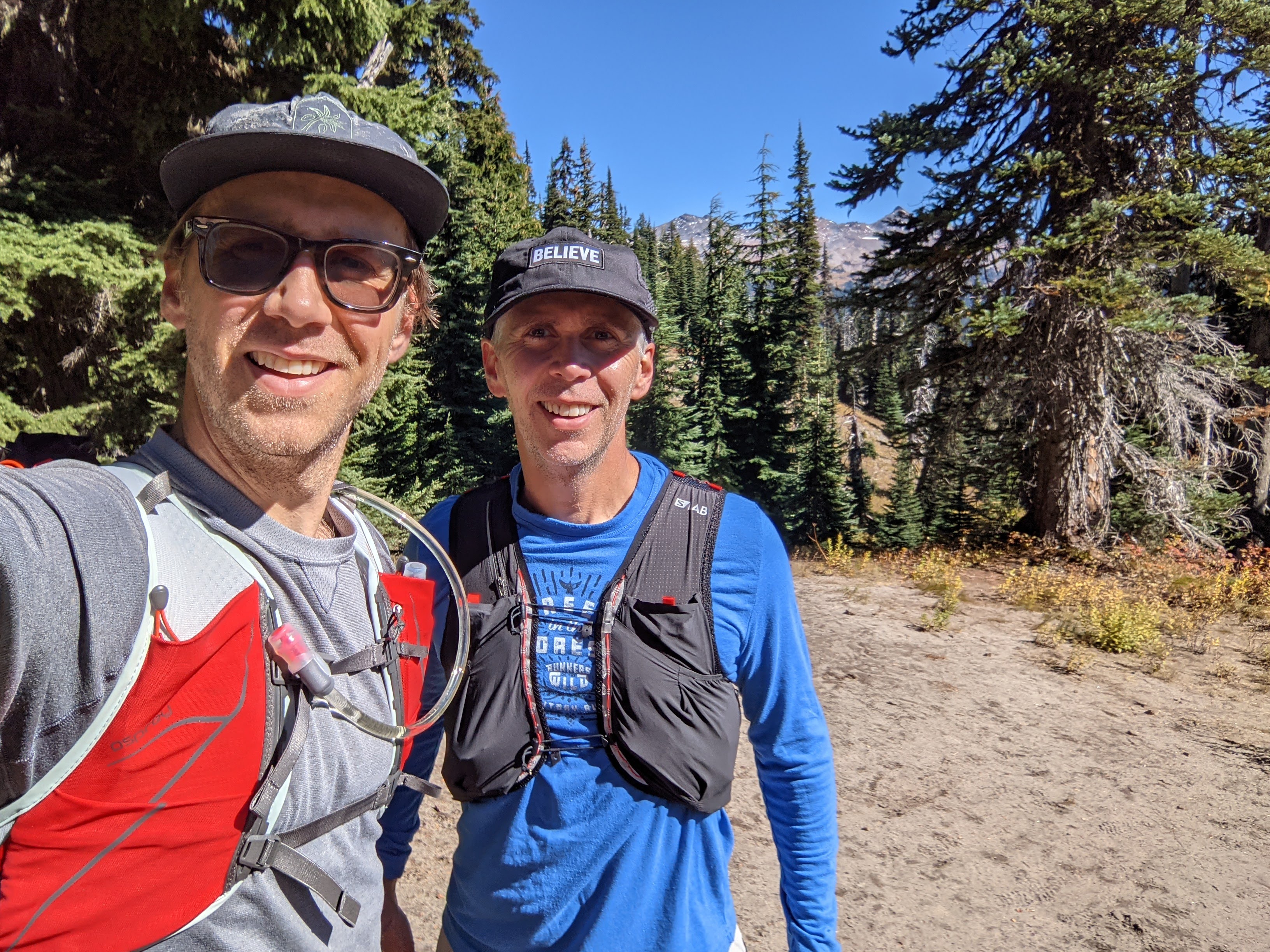 3. The hike/run was really spectacular. I should clarify that when a lot of people talk about running trails, it’s walk up and then run down. You try to walk quickly because most people cannot run 2,000 feet up a mountain. It can be done, but it’s really difficult.

We went clockwise along the trail, which ended up being the correct choice as the run up was relatively short and the backside going down would be more run-able. Generally speaking, you’d think everything to be brown, but the fall colors were really something that neither TJ nor I had ever seen in a mountain setting, so it was terrific to experience. 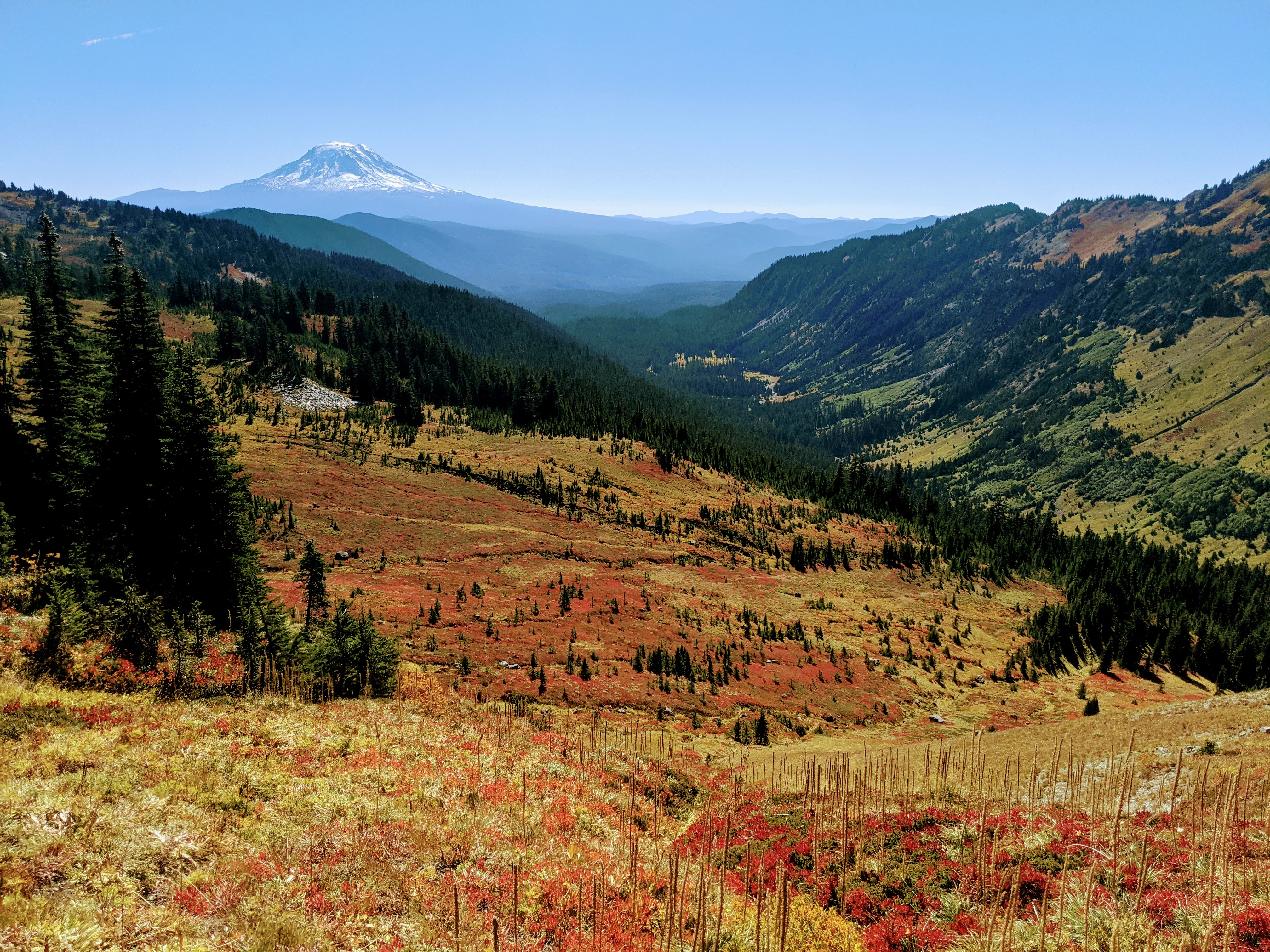 Once you get over the valley, there’s this beautiful view of, well, everything. This really doesn’t do things justice, but it was really amazing. We should have run out on that ridgeline to the end towards what might be Mt. Saint Helens (we were really never sure as it could be Mt. Rainier in the distance, but it really doesn’t matter as it is pretty). On our way home we had a burger at some place in some town along the way. It was great. 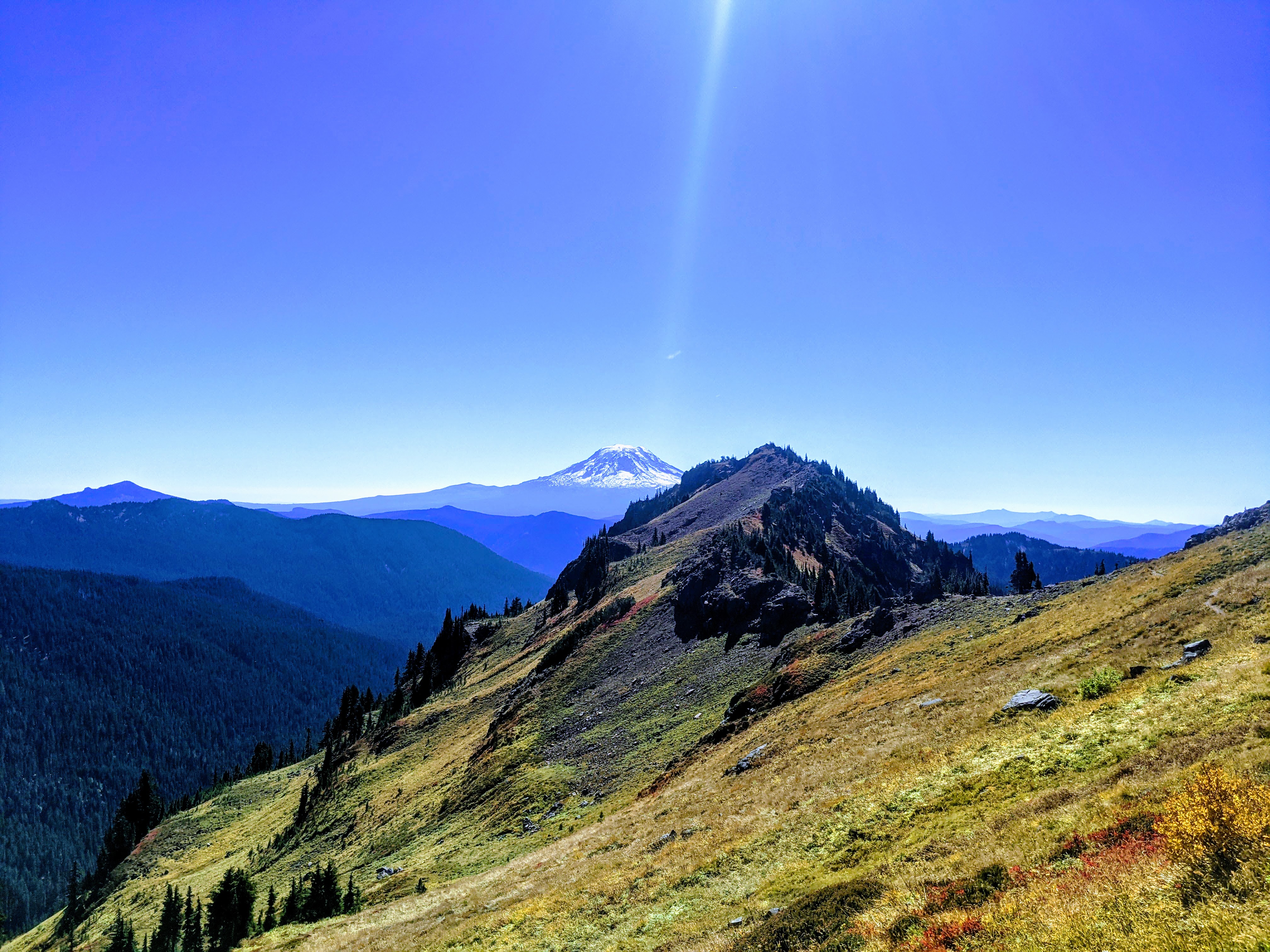 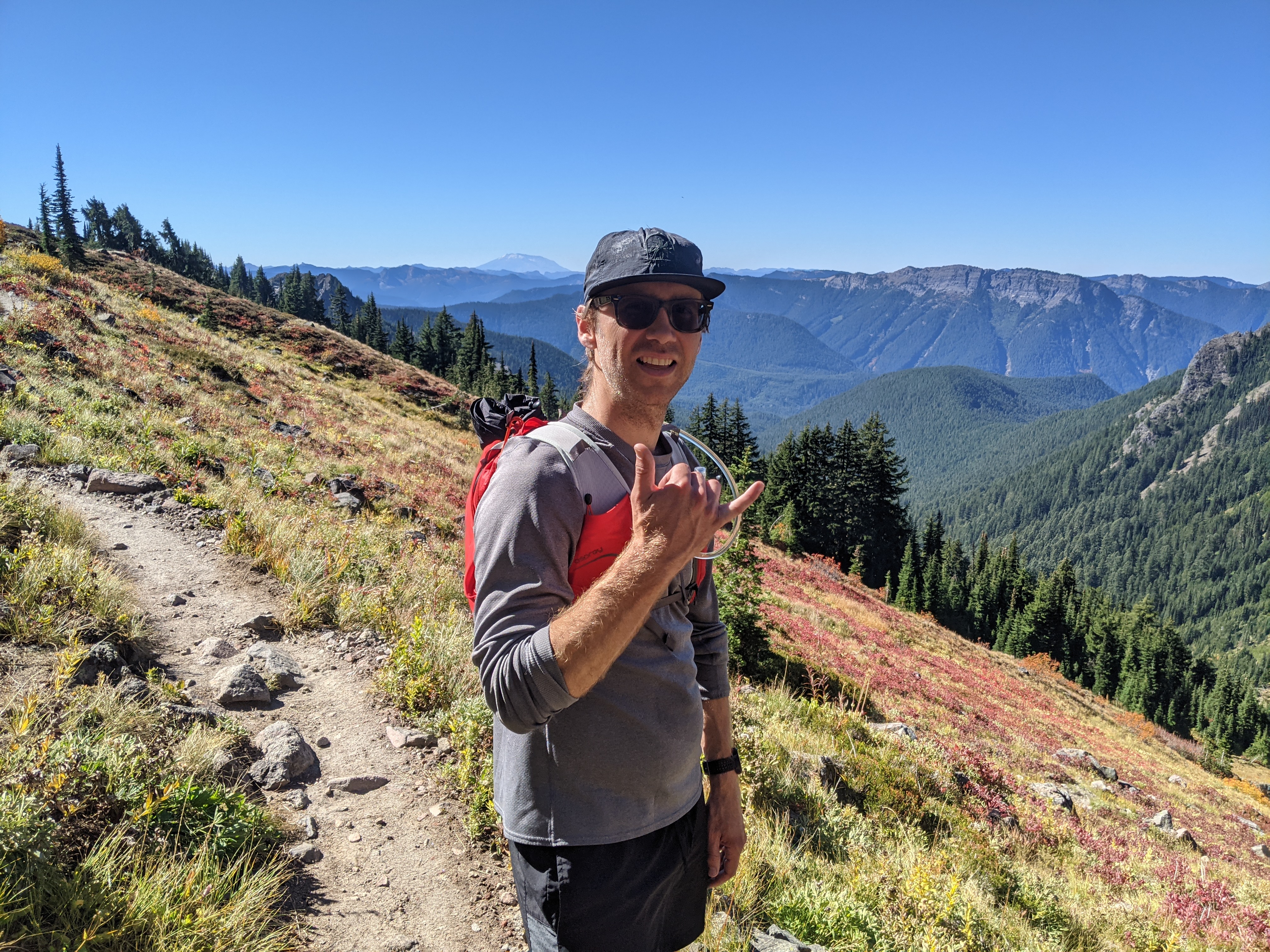 4. The next day we ran around Squak Mountain for the day. This was a closer group of trails (not 3 hours away) and it allowed us to do a lot more, including a leisurely bike ride later in the afternoon after lunch. 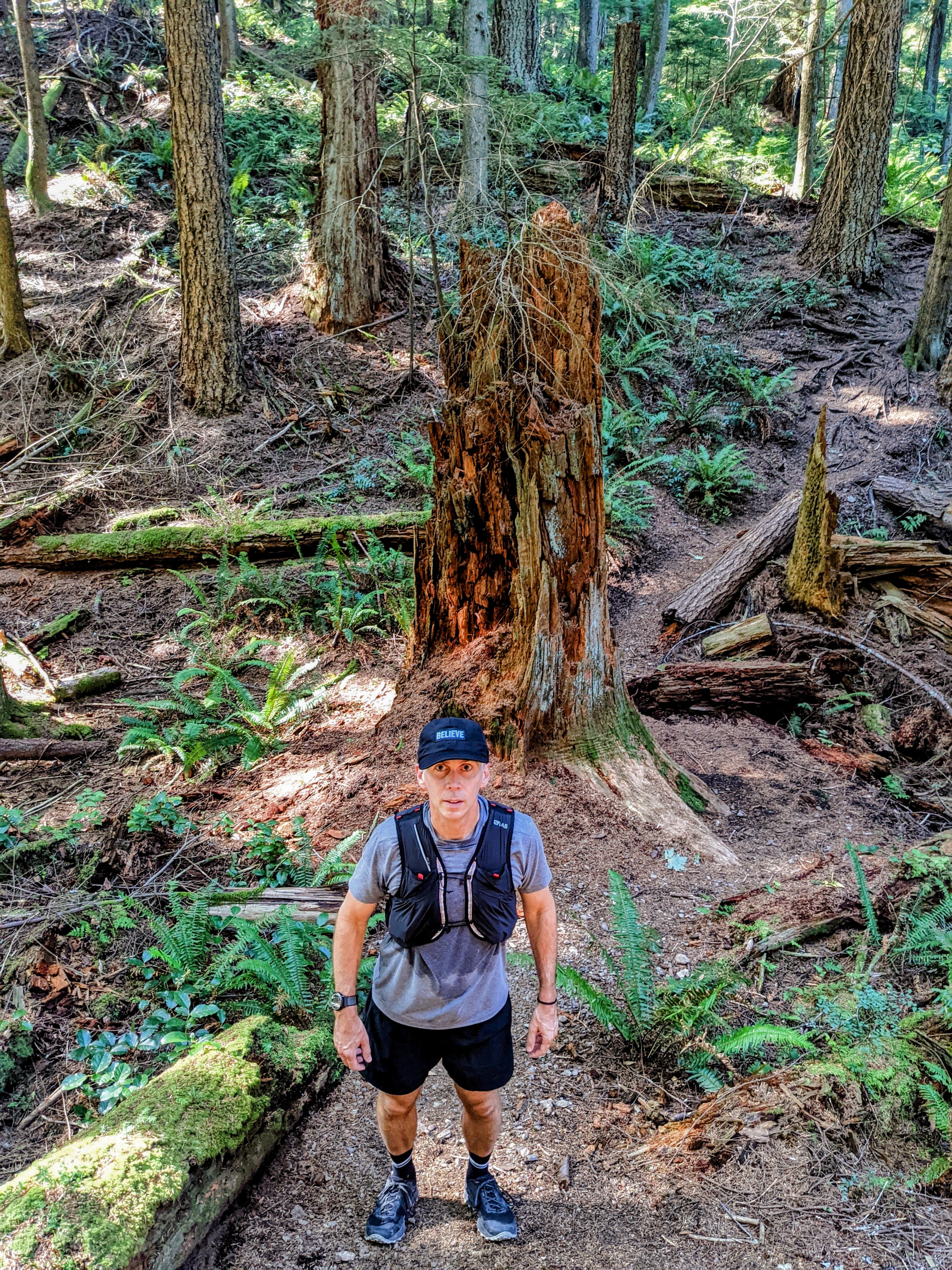 The top of the mountain is radio equipment. There’s no lookout, so there was no “payoff” in the traditional sense, but it was still a ton of fun. The backend of the run consisted of running down a gravel road and we clocked 9 minute miles in the process, which is always a bit scary as your thighs are typically screaming and a false step could result in a trip to the dentist. 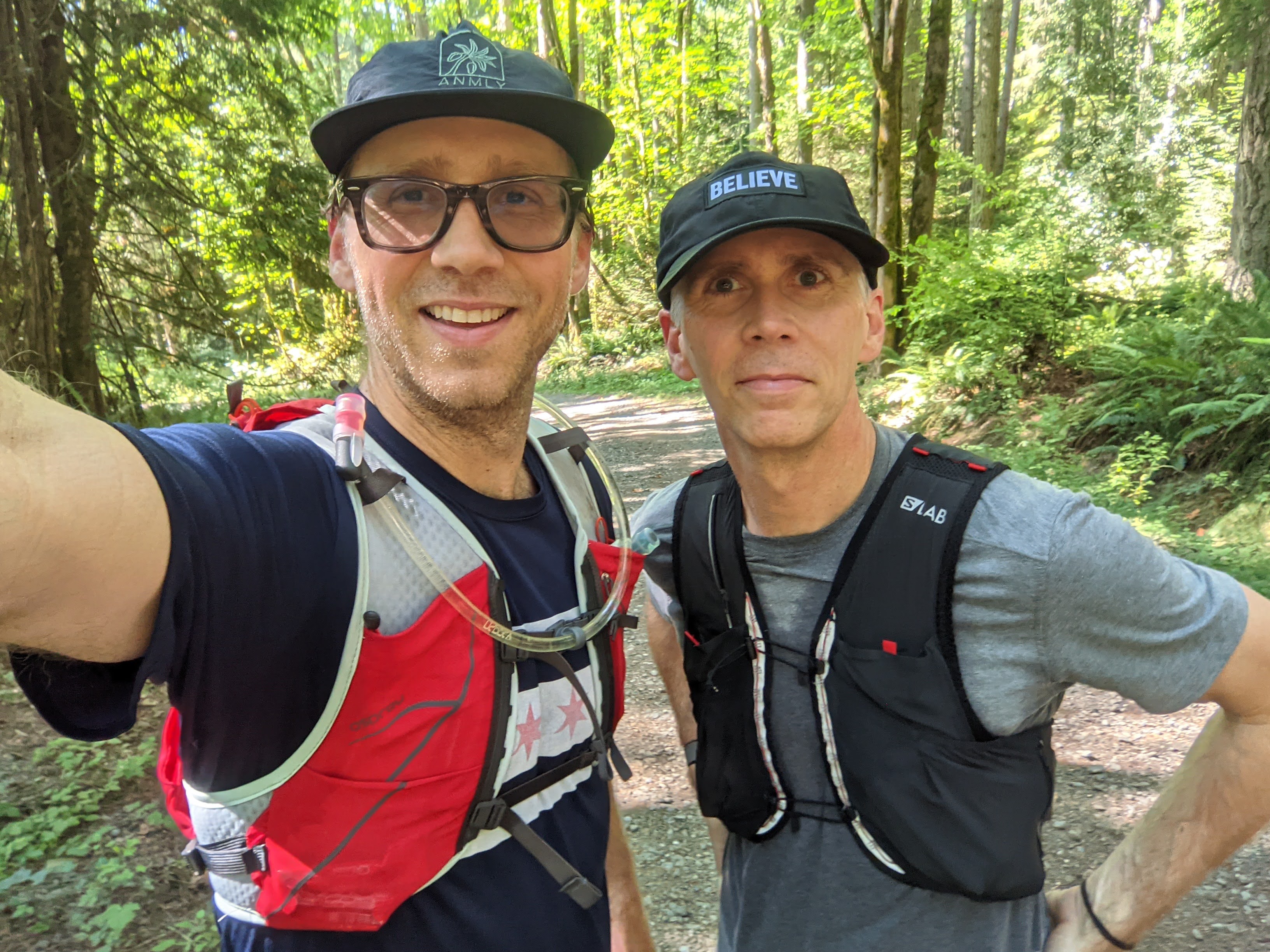 5. This was a fun hard weekend. The weather was perfect. I don’t know the exact temperature, but t-shirts were more than enough and was sweating most of the day. I should be careful about using the word “hard”. The easy part was seeing family and it was great, while the difficult part really wasn’t difficult, it was fun. Difficult things in my life are work related and I don’t like to conflate the two. This is so much more fun than anything that I normally get to do. And of all things my brother might give up a bit of riding the bike in order to run more trails.

Maybe our next trip involves Sedona.