For the first time in about two years, neither Miranda nor I were going to be with Fitsum for the night. We decided that it was time to spend a night away from Fitsum.  We’re not all that sure about whether or not two years is normal or whether or not a two year time period is appropriate.  We both felt like that if we didn’t take a night away, it might never happen. Thanks to Miranda’s good-thinking, we booked a hotel room at the Magnolia Hotel in downtown Dallas and we were on our way to a day away. As an aside, I decided it would be best for me to mow that morning, so I was on the mower from 7:30 am until 9:45 am, complete with weed eating.  We were to be at my parents’ house at 10:00 am.  It was quite the rush just to fit all of that in before we left.

Our first stop was to Pecan Lodge in Deep Ellum.  When we arrived shortly after 11:00 am, there was already a fairly substantial line and it was already hot outside.  It wasn’t that big of a deal, but it was still pretty darned warm for 11:00 am. We shared lunch, which consisted of some divine brisket, pork ribs and sausage that was fantastic.

Next stop was the Deep Ellum Brewing, Co. We were expecting a real tour of the facilities, but it was really just a guy on a microphone talking about the process of making beer, so that part wasn’t that great. The real fun involved the $15 entry fee, which included a glass and we each received 3 beers. This was more than enough beer and we ended up having a pretty fantastic time talking and people watching.  We don’t get out that much, but we saw a ton of folks that we just don’t normally get to see in Kaufman. As mentioned about waiting in line at Pecan Lodge, the worst thing about this was that it was over 100 degrees that day and we stood and sat in the shadow of what looked like a place to store some water. It was crazy hot, but we still had a good time. This would be pretty stinking awesome in the fall when the weather is a bit cooler.  We talked to some guys that were in college and speaking for myself, I felt old. 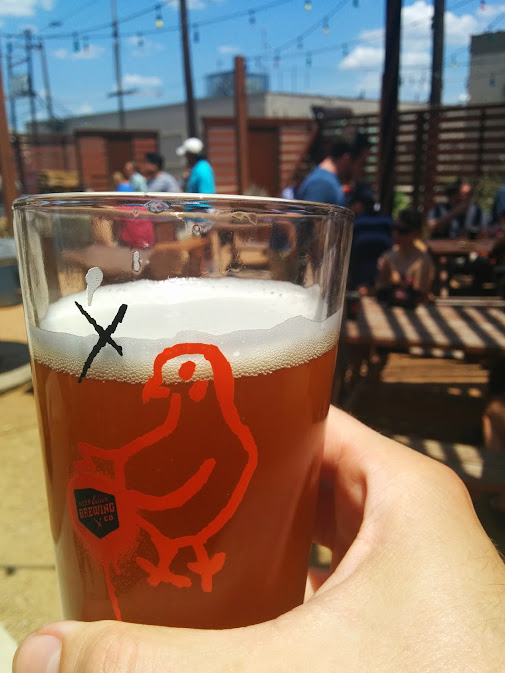 We arrived at the Magnolia Hotel. We were on the 21st floor and the views were pretty amazing. 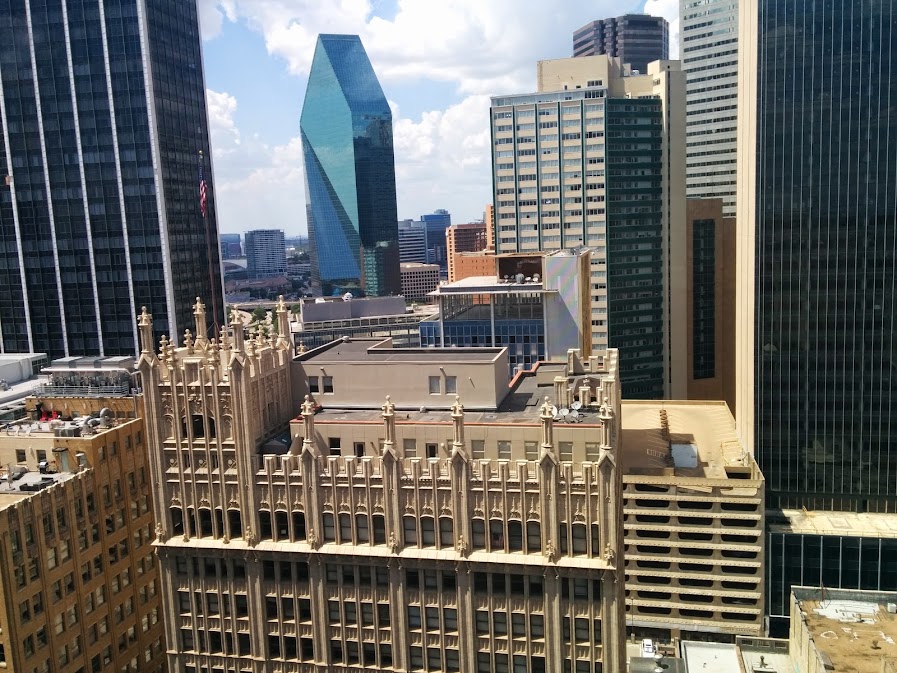 Later that night, we had dinner reservations for Hattie’s in the Bishop Arts District. We’ve lived our entire lives in Dallas area for the most part and neither one of us had ever been to this area. This was the appetizer, fried green tomatoes and a crab cake.

This is Miranda and I’m a lucky guy.

This is the rest of dinner, which was fantastic. 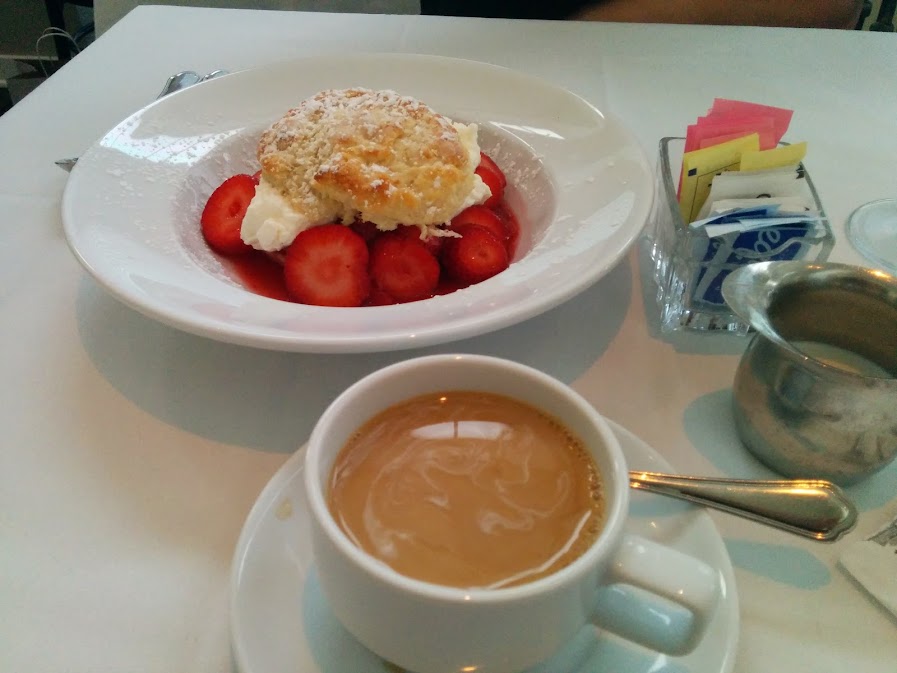