1. Ever heard of Shirakawa? Me neither. It’s a village in Japan and it is known for being this tranquil village with thatched roof houses and is actually a UNESCO site. But this place has almost become too popular because it is overrun by tourists. Regardless, it is breathtaking in the winter 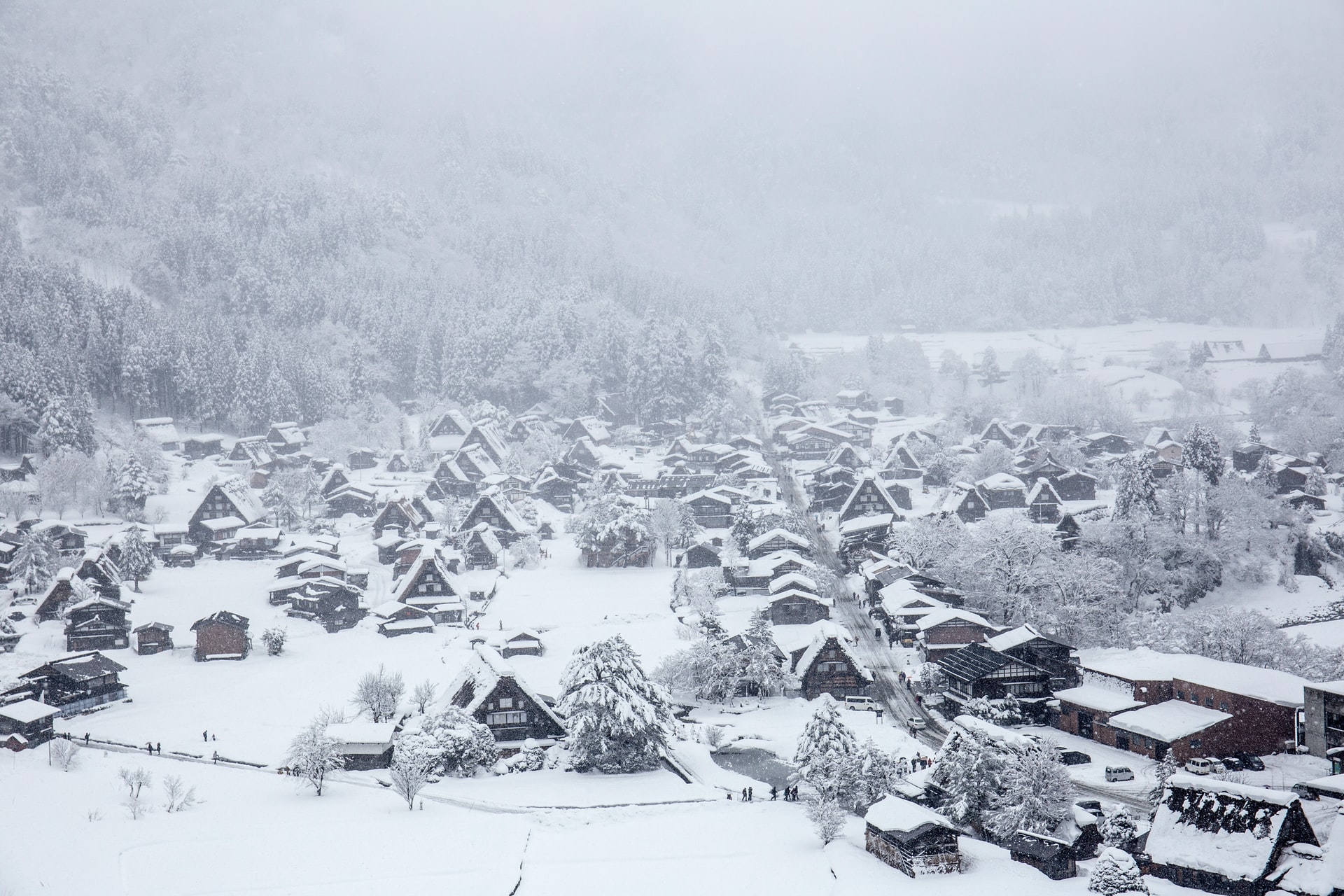 Photo by Sam Lee on Unsplash

2. Do yourself a favor and go Google the “Cueva de los Tayos” and then come back and read this article from Outside Online’s David Kushner. There is no way that I can give you an accurate history of this cave, but it’s nothing sort of amazing. In 1969, this cave in Ecuador was explored and said to contain unimaginable gold and a metallic library and within the tunnels of the cave. The thing is that in order to get to the entrance you have to repel into the cave.

Tayos is named for the brown-feathered, hook-billed nocturnal birds that dwell inside the cave alongside thousands of bats. The birds act a lot like bats, spending their days in darkness and heading out at night to forage for fruit. They’re called oilbirds ­because of their fatty chicks, which the Shuar capture and reduce to oil. The cave is also rumored to contain artifacts of a lost civilization. A 1972 bestselling book by Swiss author Erich von Däniken, called The Gold of the Gods, claimed that Tayos held carved passageways and a “metal library” of tablets written in an unknown language. Von Däniken has long believed that aliens once inhabited the earth, and the tablets fit his theory that extraterrestrials helped ancient people evolve. The notion has been criticized as pseudoscientific and racist, attributing the achievements of now marginalized earthlings to ­interlopers from space. Yet it spawned a cottage industry of books, conventions, and TV shows, ­including the History Channel’s Ancient Aliens, which premiered in 2010 and is one of the network’s most popular programs.

A couple of years after The Gold of the Gods was published, the late Scottish explorer Stan Hall assembled a team of 100 scientists, cavers, British and Ecuadorean military personnel, and, remarkably, astronaut Neil Armstrong, who served as a figurehead, and led them into Tayos to unravel the mystery. What they found astonished them. Deep inside, in spots where it would have been impossible to lug machinery, there were stone passageways that appeared to have been cut at right angles and then polished. They also discovered a burial site dating back to 1500 B.C.

“The cadaver, as if surprised by the sudden intrusion after so many lonely centuries, crumbled to dust when touched,” Hall writes in Tayos Gold, his book about the expedition. Though the team didn’t find the metal library, Armstrong put the adventure “up there with the moon landing.”

Beyond that, only a small number of intrepid hikers, wide-eyed UFO believers, and even a team of researchers from Brigham Young University—who believed that the metal tablets might be linked to the Mormon faith—have made it inside. The cave has also attracted interest from geologists and archaeologists, who have mapped portions using 3D technology to better understand its scope. (Roughly four miles of the cave have been mapped so far, but an estimated three miles remain.) Toulkaridis calls it “a natural laboratory which is fundamentally untouched.”

3. I honestly don’t know a ton about hedgehogs, but in England, people are cutting holes in their stone fences to allow hedgehogs to roam from garden to garden. This is legitimately happening.

4. Via Smithsonian Magazine, Italy is going to recreate the floors in the Colosseum. I think I know about this because of the movie Gladiator, but there was the floor of the Colosseum and then during the games, they could bring in wild animals into the fight:

The structure consisted of staging areas, ramps, pulleys, ropes and other mechanisms that allowed workers to create a seamless show aboveground. Engineers even devised an underground elevator of sorts that lifted lions, bears, leopards and other caged wild animals into the arena.

“The hypogeum allowed the organizers of the games to create surprises and build suspense,” Heinz-Jürgen Beste, a researcher at the German Archaeological Institute in Rome, told Smithsonian in 2011. “A hunter in the arena wouldn’t know where the next lion would appear, or whether two or three lions might emerge instead of just one.”

5. Understanding the idea of the size of the universe and the size of our rock orbiting the sun is always an amazing dive into relativity.