1. Arizona is amazing. Honestly it was way too short of a time and could have spent a week there. We left on Saturday morning and after travel and everything else, we arrived in Flagstaff around 4 in the afternoon. We flew into Phoenix and then drove to Flagstaff from there, which is about 2 and a half hours later.

2. The first day we go to Sedona and I should say that it was my family, my parents, my sister and her 4 kiddos, my brother, his wife and 1-year old, and my sister who was by herself. We take the scenic route from Flagstaff to Sedona and down the valley and it was really beautiful. I drove, so I couldn’t take it in like I wanted, but it is a drive I would take again. We do a small hike, the Birthing Cave, that was maybe a mile or so away from the trailhead. It was really pretty and the red rock and the blue sky are just perfect. A perfect combination of colors. We have lunch at the car and then we go into town to walk around for a bit and then we went to the Chapel of the Holy Cross. My wife loves the vacation t-shirt so there’s just no stopping that. On the way home, things became more adventureous. I started to become very short of breath and was essentially gasping for air. I was of course driving and we were maybe 15 minutes outside of Flagstaff. The highway patrol were called, but my wife ended up driving me to the emergency room in Flagstaff. This has happened to be before, maybe 15 years ago. It was my diaphragm contracting, almost like a muscle spasm and when it happened previously the doctors gave me a muscle relaxer and it stopped. Well, in this instance, it didn’t stop until I got into the emergency room and they put some fluids in me and by the time I had relaxed it was better. All of my vitals came back normal, the only thing that was off was really high blood pressure. After 5 hours in the ER, I was sent home. 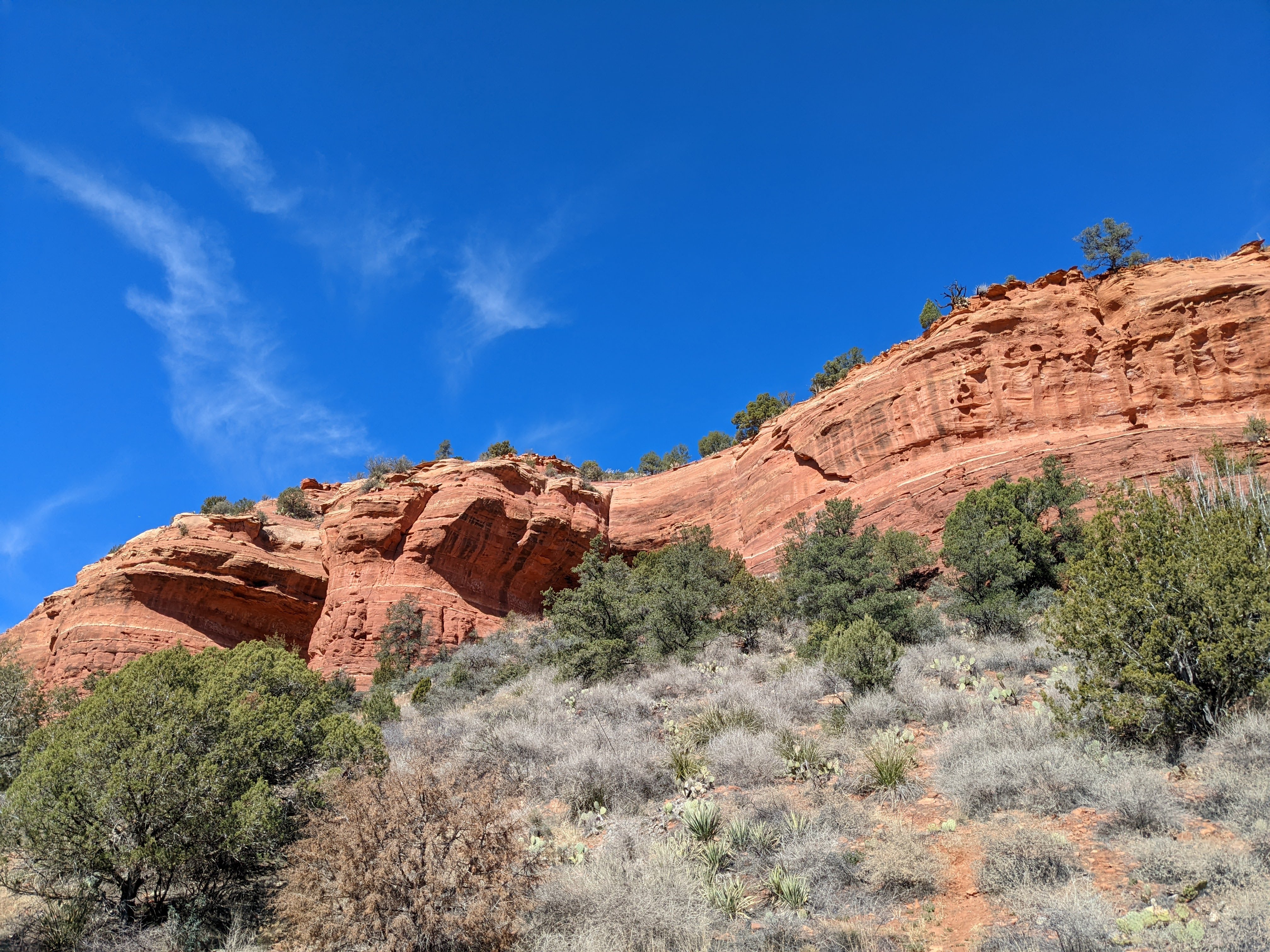 3. The next day we went to Sunset Crater Volcano National Monument and it was just terrific. The weather was still cool and there was still ice on the ground, but it was just lovely and the blue skies were great with all of the lava rock and pine trees. We then looped around to the Wupatki National Monument and it was also terrific. Just a really neat site and to drive down from Sunset Crater to Wupatki is incredibly extreme even though it only takes like half an hour. The trip back to Flagstaff requires you to basically drive through the saddle of the range where Flagstaff sits. 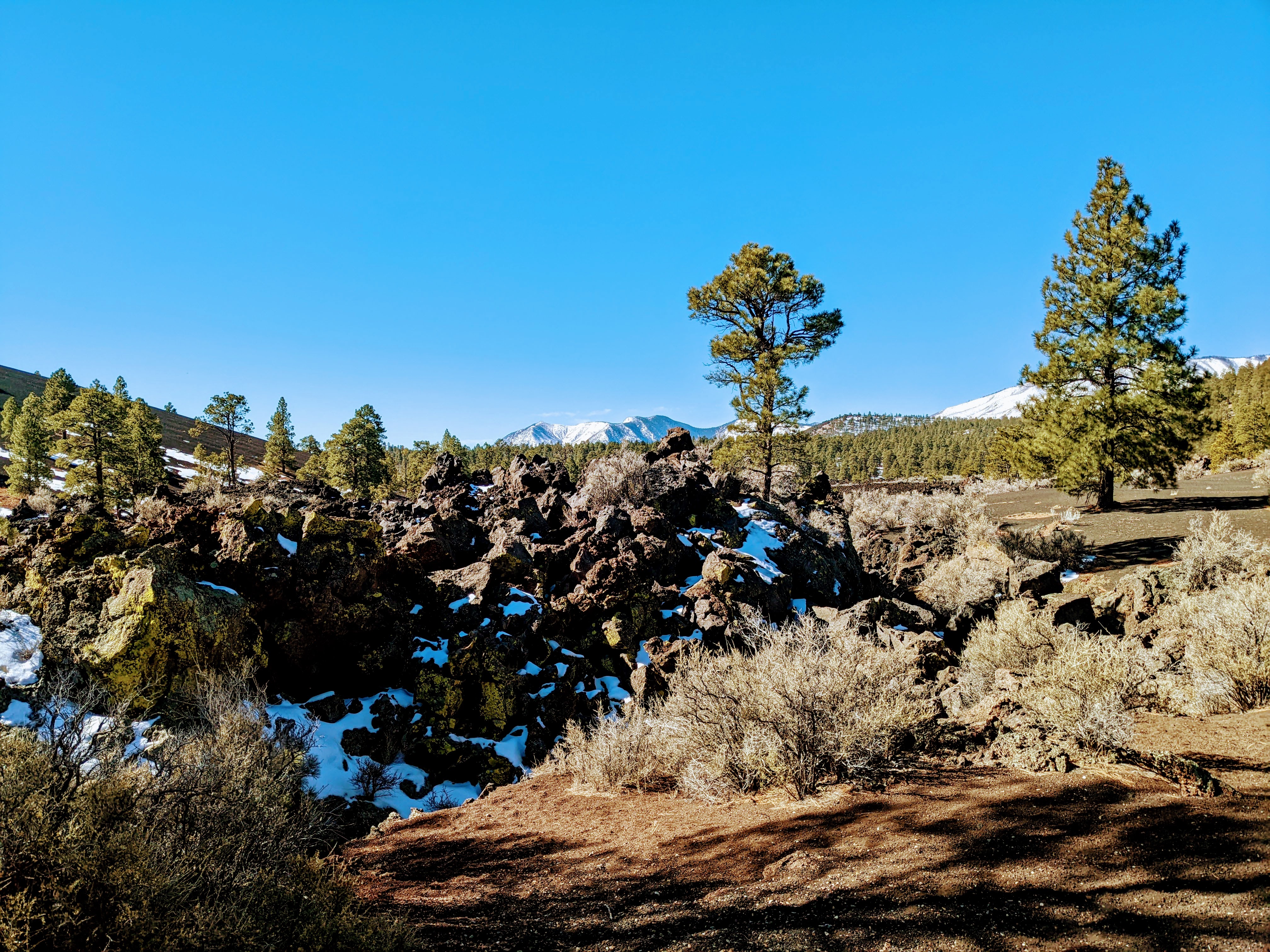 4. The next day, my wife and kids had wanted to do the Grand Canyon, but the rest of the crew was unsure as to how that would work with smaller kids. So we piled in the minivan and drove the hour and a half to the Grand Canyon and it did not disappoint. In fact, it was one of the most favorite places I’ve ever been. We did the hike down to Cedar Ridge, which still had a bit of ice on it, but once it opened up to the canyon was was work and beautiful. Just loved the whole experience. I wish we would have hiked just a bit more to see the river, but we had a long day driving, we had not eaten lunch, and we had to hike back up, which ended up not being that bad at all. I’m also fairly certain that I saw Jim Walmsley running back up the canyon. We grabbed a burger in the small town that’s just south of the entrance and the hour and a half back to Flagstaff really wasn’t that bad at all. We didn’t spend nearly enough time around the Grand Canyon, but I’m very thankful to have been there. 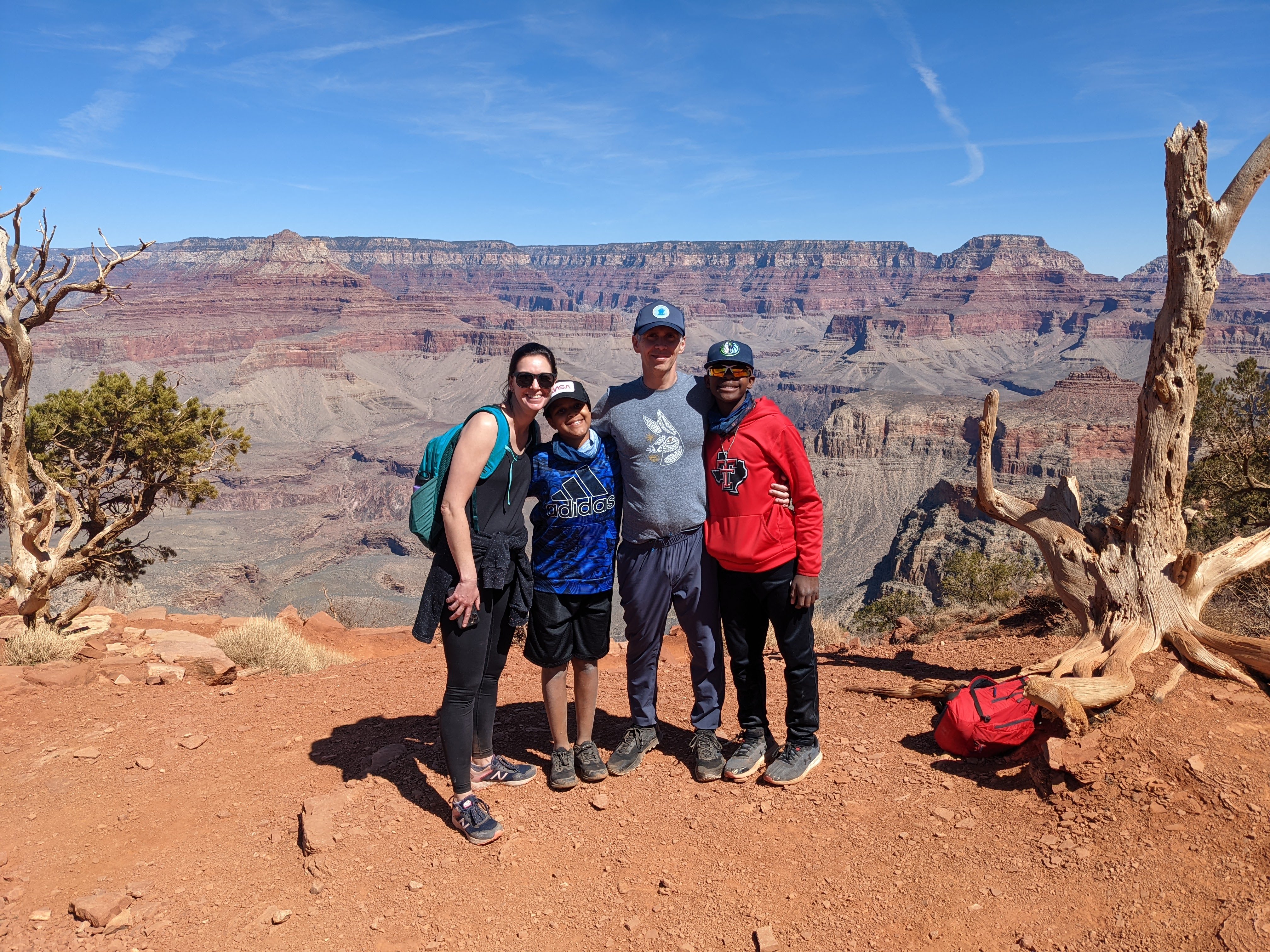 5. I’d tell you that I absolutely loved my time in Arizona. Would do again and I’m almost certain that we really didn’t do all of the things to do around Flagstaff and the various hikes that are along the way to Sedona. We probably just hit the tip of the iceberg and I’m almost certain we’ll be back in some form or fashion.