This isn’t going to be a particularly long post. I’ve already written about the shoes I ran in this year and what I know about running shoes.

For comparison purposes, I ran 1,065.6 miles in 2019. In 2020, I increased that mileage by nearly 500 miles, although that wasn’t intentional. I was just sort of running. In 2020, I ran 1,523.6 miles. I should also mention that it is likely that the miles run in the shoes isn’t going to match up with the miles run because I sometimes forget to associate a run with a shoe. I do it manually rather than let it be automatic.

My worst running month was March, which is when the pandemic hit. I don’t know why I didn’t run as much that month. I also know that I was building a new fort for the kids and my weekends were pretty well taken doing that. I certainly didn’t go anywhere.

My best months were basically May and October and that’s probably because from a weather perspective, these are typically great months to run, especially outside.

I averaged 127 miles a month, which is a shade over 4 miles a day or so, depending on the month. In comparison to 2019, I ran 88.8 miles a month and that works out to about 3 miles a day. I think a large part of the running increase is that at some point in 2020 I started to run on Fridays, which I had previously not done. Previously I had only run on Mondays, Wednesdays, and Saturdays. On Fridays, I’ve been running at least 5 miles in the morning, which is a mile shorter than my typical 6 miles on Monday and Wednesday. 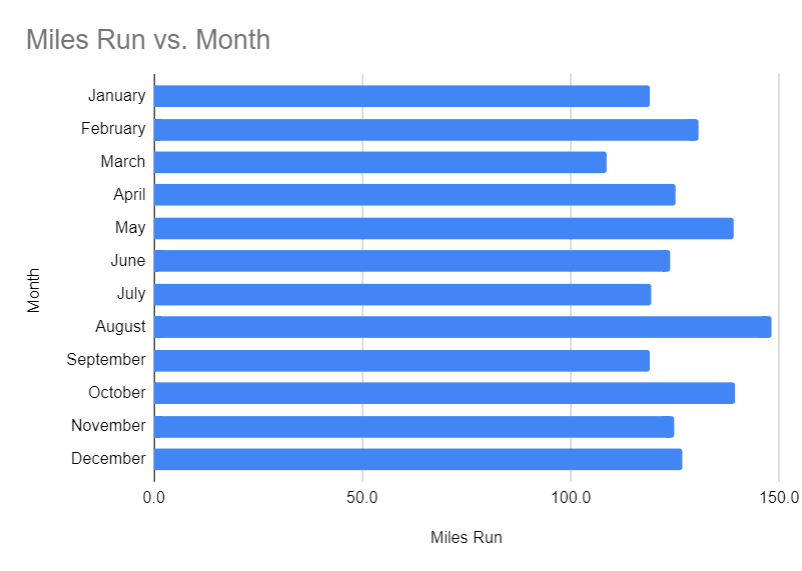 This is how I spent my days running in my various shoes for 2020: 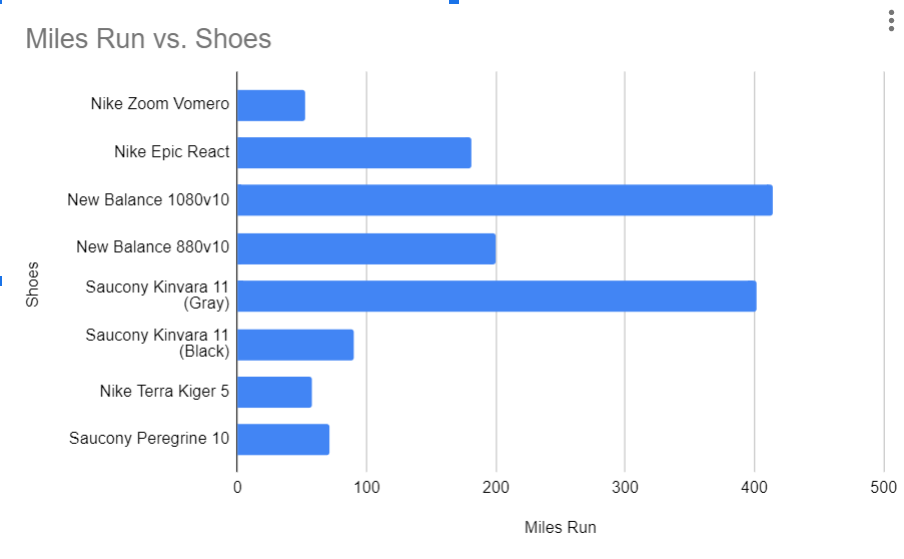 From the linked post above, I absolutely adored the 1080v10 from New Balance and the Kinvara 11’s are my current jam. I can’t get enough of them and really love running in them. They’ve been a superb shoe for me, although I’ve seen early reviews of the Kinvara 12’s and am a bit concerned.

You’ll also note that I didn’t talk about the Terra Kiger 5 or the Saucony Pergrine 10. I had good luck with the Kiger for the most part, but then, while on vacation in Arkansas this fall, I started to develop a hot-spot on the outside of my left foot. I thought it was maybe the socks, so I changed them, and the hot-spot persisted. Considering how much luck I had with the Kinvara I decided to try the Peregrine, which is also a 4mm drop shoe and have been really happy with it. It’s a good shoe, perhaps a bit heavy, but it is an enjoyable ride. That’s always sort of the curse of finding something that you like, is that it pretty well fits like a glove and I don’t want to vary from it.

I didn’t achieve anything by running in 2020. No races or anything fun like that. I do want to do a race in the spring of 2020 for my birthday and my lovely wife has approved this. That’s next on the agenda. I’ve also been doing more vertical gains, which is ridiculously difficult, and this basically means running on an incline for miles at a time. I have no idea why I’m doing this, but it absolutely kicks my tail.

One thing that did happen is that I did finally get into the “Superior” portion of VO2 Max for my age and gender, which is pretty cool. I’ve never been athletic at anything in my life, so this is certainly something to be proud of for me, as someone that spends a ton of time running. 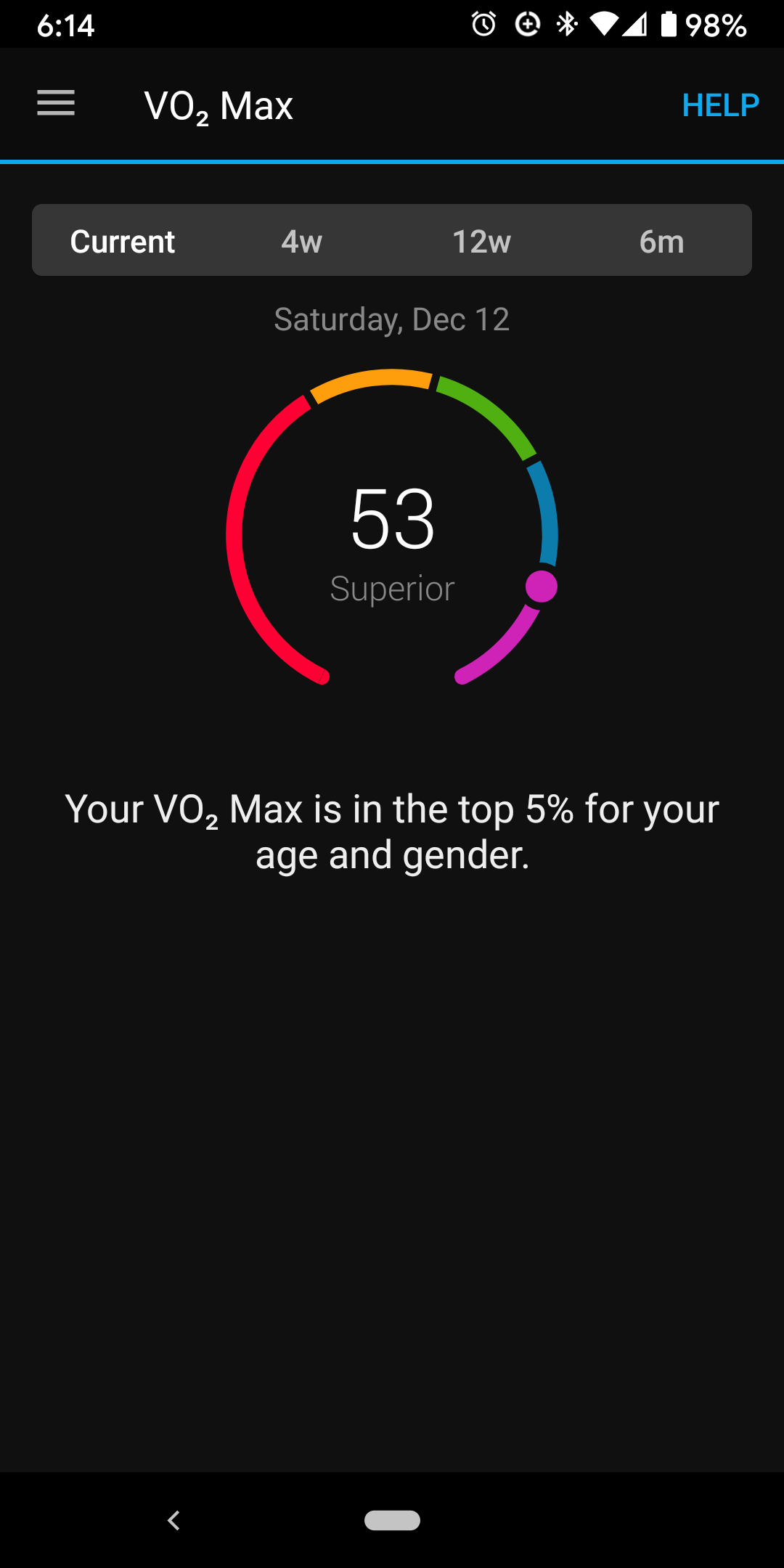 Here’s to an ultramarathon in the spring of 2020 and hopefully a few more miles along the way.