1. Ever heard of the Bay of Fundy? Me neither. The Bay of Fundy borders Nova Scotia, New Brunswick and Maine, and it has the highest tides on earth. So you see those trees? That’s how high the tide will get during the course of the day. 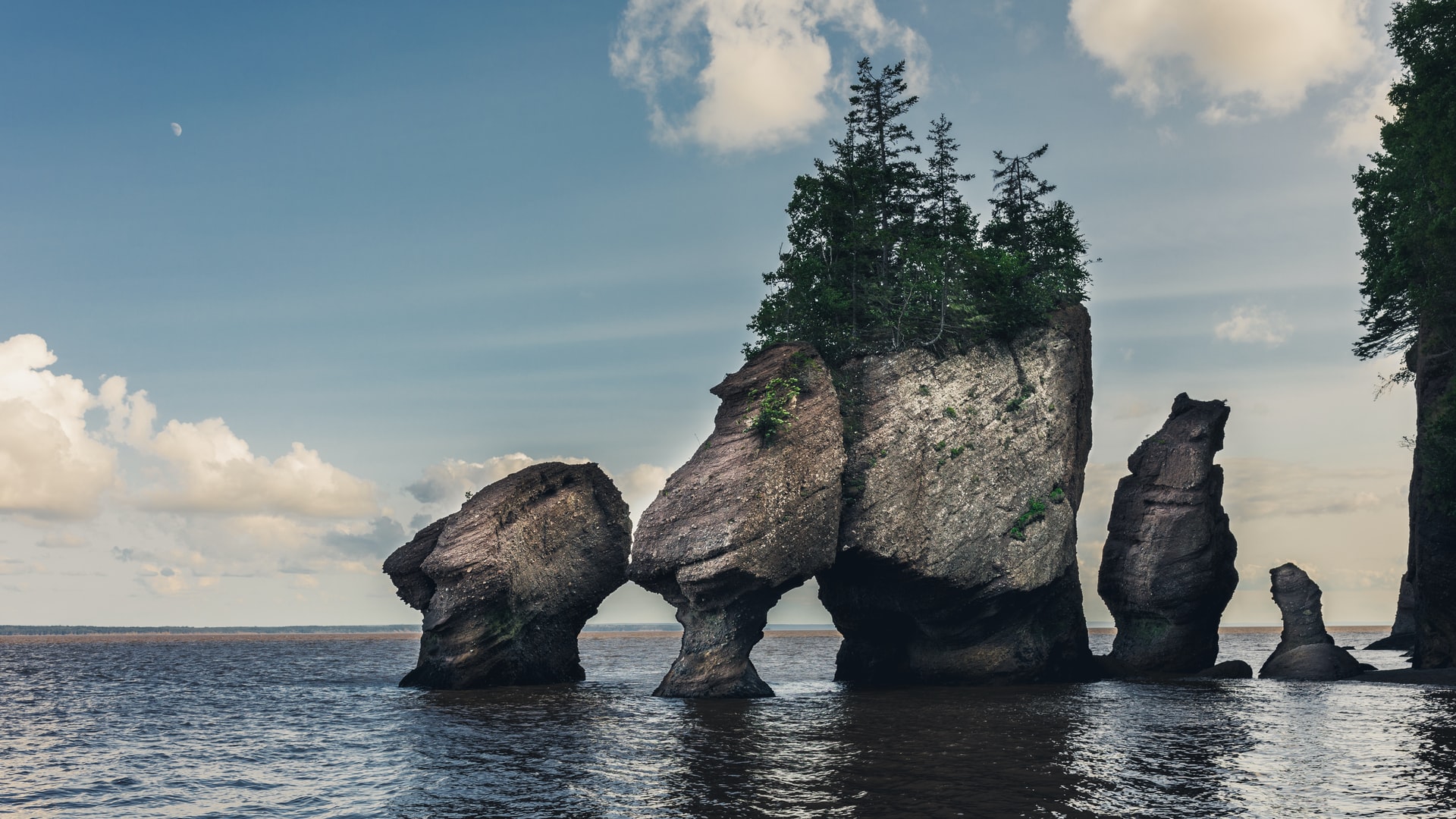 Photo by Peter Lloyd on Unsplash

2. I finished another book, Superlife by Darin Olien. I’m typically not a guy that likes to read nonfiction books. I enjoy fiction, which is probably the opposite for most people I know. Most people I know stay far away from fiction and I can’t get enough of it. Back to the book. Superlife is a book about 5 life forces: quality nutrition; hydration, detoxification, oxygenation, and Alkalization. Olien admits that some of the advice is a bit extreme and oftentimes a little over the top, but an interesting read if you are into being the healthiest version of you. I don’t know that I subscribe to everything that Olien thinks, but there’s definitely parts of it that I think is pretty terrific. I already did a bunch of the things that Olien talks about, which is try to eat as many fruits and vegetables each day. Raw vegetables are really good and I eat a ton almost every evening with a salad that I end up eating with a spoon. And also the importance of water. I typically consume 3 liquids during the course of a day: coffee, water, and beer. That’s pretty much it every day. Drink lots of water.

The other thing that I didn’t appreciate is that Olien didn’t cite his sources in the context of the book, i.e. footnotes. I’m not doubting the studies he mentions in his book, but a citation where he’s writing about it should be standard. It’s made me take a ton of stuff with a grain of salt, but there are certainly some things that are definitely true and some things that if I had the time to research, I’m not so sure they would be true.

3. Set some time aside for this. Outside Online’s Alex Perry on the last days of John Allen Chau, the Christian missionary that attempted to convert one of the last un-contacted tribes in the Indian Ocean.

4. Who doesn’t love a good poker cheating scandal? Wired has the story of Mike Postle, the alleged cheater, and Veronica Brill, who couldn’t believe the times that Postle would know when to hold’em and know when to fold’em. At a tune of 86% of getting that correct.

5. If you’re into running long distances, this post from Strength Running’s Jason Fitzgerald is really terrific and I’m here just for having never thought about the definition of endurance, “the ability to withstand fatigue.”

1. Ever heard of Cathedral Cove? Me neither. Cathedral Cove is in New Zealand and is actually called Te Whanganui-A-Hei and is actually on the north side of the North Island and on Mercury Bay. The Maori name refers to the Hei, who are the main tribe of Maori, and the scenery is plucked from a scene of The Chronicles of Narnia: Prince Caspian. 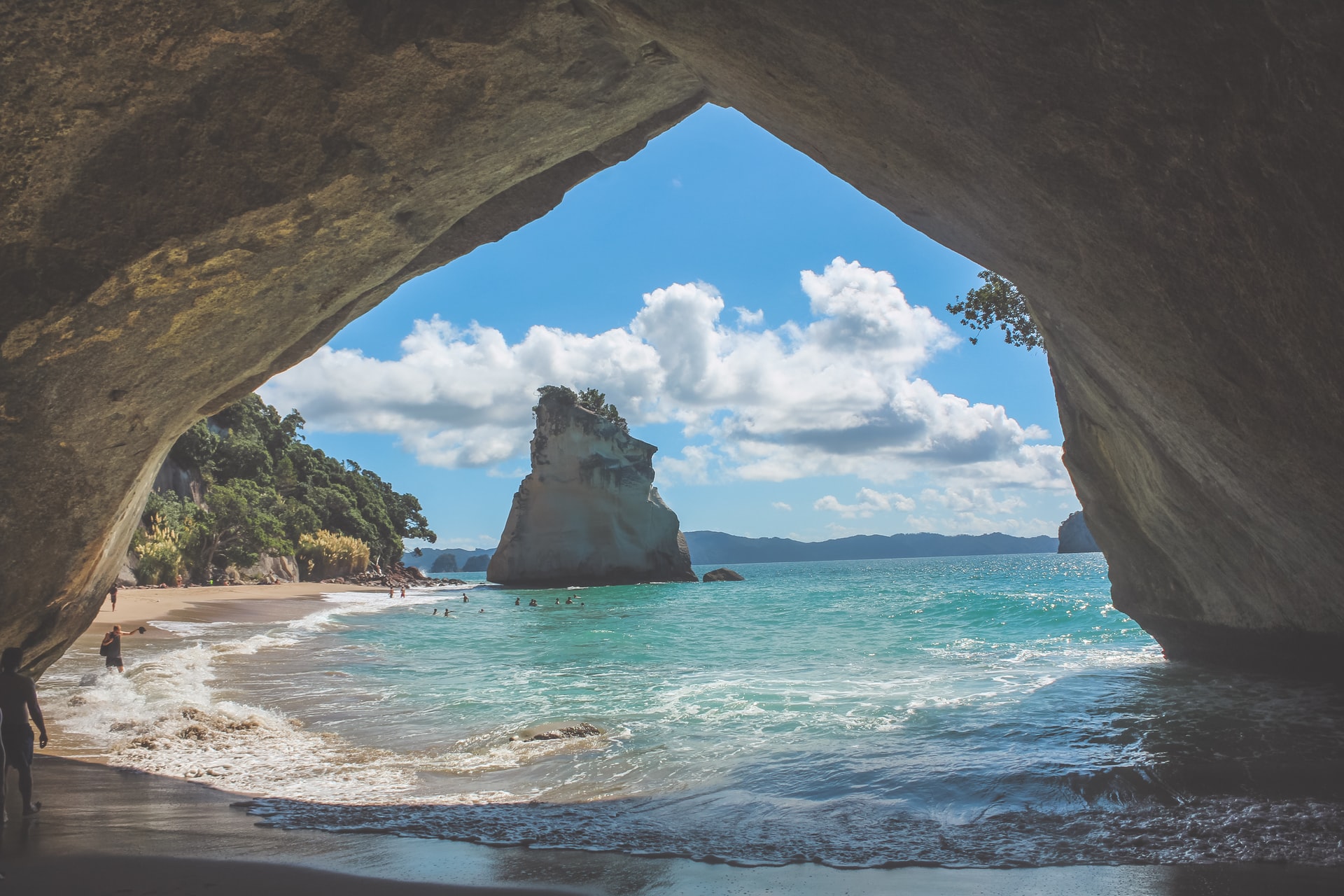 Photo by marina on Unsplash

4. Also from Texas Monthly, Texas Monthly’s Aaron Chamberlain continues his ride around the perimeter around the state of Texas and has made it to Texarkana, so he starts to head West for the first time on his trip.

5. This is a really long essay about running a long ways. Longread’s Devin Kelly:

In one of her seminal works, The Years, Annie Ernaux writes “The world is suffering from lack of faith in a transcendental truth.” I think that transcendental truth is simple. I think that truth has to do with solidarity. I think it has to do with existing in service of others existing, and not in spite of, or despite them. With putting your own personal pursuit aside sometimes. With understanding, or attempting to understand, the various inconsistencies of others, the way we are made and unmade in a world that tells us, every day, a different way to be made and unmade. Sometimes the transcendental truth involves giving up the race and just sitting with your friends. It involves forgetting the phrase I just said: giving up, and other phrases, like quitting, or losing. It involves remembering that the word last doesn’t just refer to last place, but also refers to lasting for a long time. Life gives me glimpses of those moments. I have run to find those moments. But I am also learning to live to find them. And learning to love to find them. And learning to miss them when they are gone.

1. For the past 2 weeks, I’ve been without internet, which isn’t great, but it also means that I’ve picked up more books. With that being said, I finished Annie Proulx’s Barkskins, a 700-page historical fiction about two boys from France who found their way to the New World with the thought of starting a new life. One escapes his master and helps create a logging empire that stretches into modern times, while the other works for his master and leaves a family legacy that is quite different. I wasn’t sure what I was getting into when I picked up Barkskins, but I very much enjoyed it, even though this wasn’t some sort of inspirational and lovely read. Well, maybe it was, but not in the traditional sense. The books focuses on these two families through a few hundred years and the logging industry that either made the United States what it is today or broke the United States because trees were harvested without any consideration for what would happen in the future. Last week I posed a video about the old growth forests in British Columbia and harvesting those trees by the logging companies. It’s what they do. Of course, the other idea here is that there’s so much that is dependent on the other, the ferns, the saplings, the old growth, it is an amazing ecosystem, one that you would think we’d all want to preserve because hiking among trees that are hundreds or thousands of years old seems like something that would benefit us all. I do recommend the book. It’s not something that ecologically is going to beat you over the head. It’s historical fiction, so there’s literary license, but there is no denying the removal of trees and not having a plan when they are gone that was true for hundreds of years.

2. I love these raw moist dawns with
a thousand birds you hear but can’t
quite see in the mist.
My old alien body is a foreigner
struggling to get into another country.
The loon call makes me shiver.
Back at the cabin I see a book
and am not quite sure what that is.

3. Ever heard of the Tatra Mountains in Poland? Me neither. Just go click on this Google image search and the results are awesome. 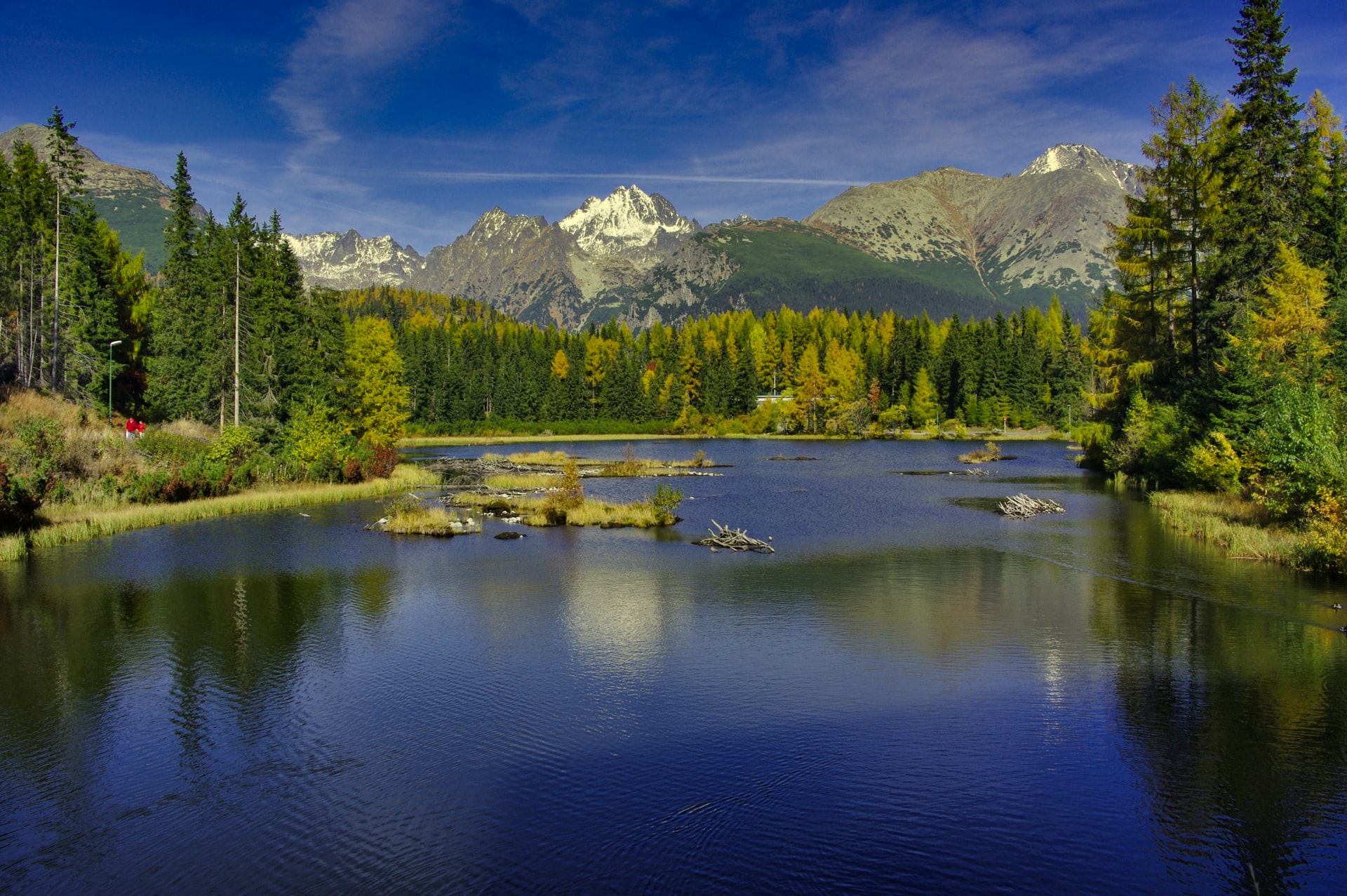 Photo by Piotr Guzik on Unsplash

4. Texas Monthly’s Aaron Chamberlain is circumnavigating the perimeter of Texas, which is a shade over 3,000 miles, starting in Brownsville. You can also follow Aaron on Twitter for updates and photos.

1. Ever heard of El Chalten? Me neither. This look straight out of something that someone drew on a computer. Those peaks are simply amazing. Oh, and El Chalten is in in Argentina. 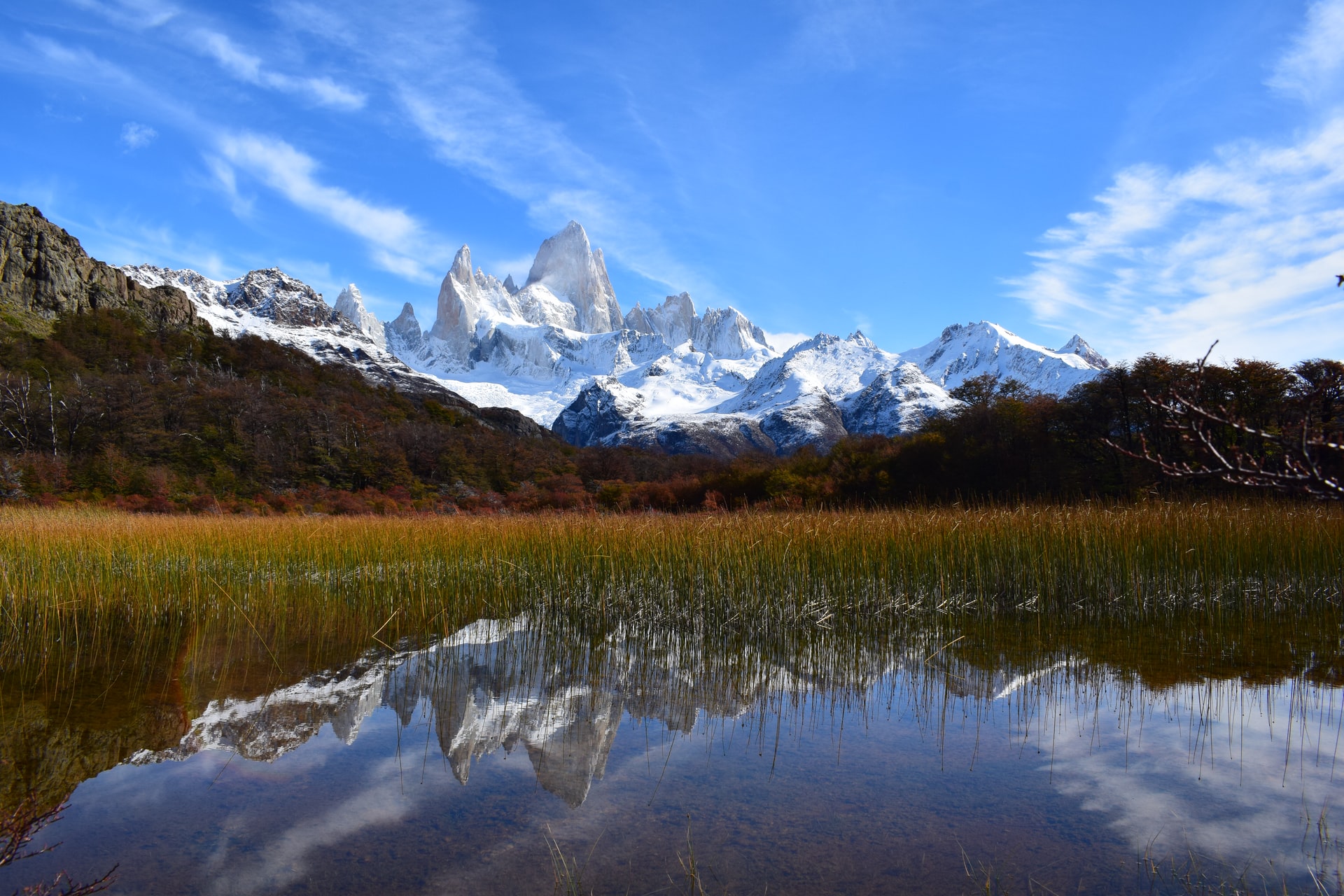 Photo by Lia Tzanidaki on Unsplash

2. The Morning News usually does a Tournament of Books and now they are doing the Super Rooster, which is a tournament of books, but the absolute best books. I’m bookmarking this so that I have a list of really good books to read and if you love to read fiction, this is a good place to be.

3. Haruki Murakami wrote this book called What I Talk About When I Talk About Running and now he’s written this essay in the New Yorker called With the Beatles. I’ll read it this weekend since I don’t have internet service.

4. This maybe won’t be for everyone, but maybe it should be. This is a long video about Powell River, BC, where there lies the Canadian version of Yosemite or El Capitan. I write that I don’t know if this is for everyone, but it’s about old growth trees, hundreds of years old, and how absolutely incredible they are and how those trees may come down because of logging. That’s one of the reasons I really want to take my kids to the redwoods. Preserving nature would seemingly be one of those things that everyone would want to protect. There’s only so much dirt in this world.