1. Ever heard of Mpumalanga? Me neither. It’s a province in South Africa that means means, “where the sun rises” which is awesome. Mpumalanga (/əmˌpuːməˈlɑːŋɡə/) borders Eswatini and Mozambique and we’ve talked about the Drakensberg and that’s part of that as well.

Photo by Nadine Venter on Unsplash

2. The always entertaining and through provoking Beau Miles on his 4-day paddle to work. What usually takes 40 minutes takes significantly longer and Miles pondering that river he grew up on. Miles has started exploring the area around his home with significant intensity as the pandemic started, which includes him walking to work and now, paddling to work. What starts out as Miles enjoying pushing himself through some uncomfortable situations turns into a bit of disgust at what we’ve done to a river (this is the collective “we”). Comparing the river to a digestive tract and then to watch Miles paddle through the muck is about as accurate a thing as you’ll watch.

3. Ever wanted to know where all the lighthouses in the world are? Well, you are in luck because here’s a lighthouse map from Geodienst and it is super cool (dated reference, but don’t care).Europe is covered with lighthouses, but North America? Not so much.

4. This is terrific. From Texas Monthly’s Christian Wallace, the story of Bass Reeves, a legendary U.S. Marshal and is widely believed to be the origin of the Lone Ranger. Reeves was also African-American and one of the first African-Americans to wear that badge.

Reeves is just shy of his forty-sixth birthday and has worked as a deputy marshal in the Indian Territory for nine years. He knows this sprawling territory, as he likes to say, “like a cook knows her kitchen.” As he and his posseman, John Cantrell, draw nearer to their destination—Jim Bywater’s general store, near the town of Woodford—Reeves slows the pace. With luck, this is where they’ll find their man.

The fugitive, Jim Webb, is no stranger to Reeves. The year before, Webb had drifted north from Texas to the Chickasaw Nation, where he’d found work as foreman of the sprawling Washington-McLish ranch. Webb was hotheaded and mean, a tyrant who rode herd over some 45 cowboys. One day that spring, a reverend named William Steward was performing a controlled burn on his property when the fire accidentally spread to the neighboring Washington-McLish ranch and scorched some of its grazing pastures. A fuming Webb rode over to confront the circuit preacher and left having murdered him.

A few days after the killing, Reeves and a posseman arrived at the Washington-McLish ranch disguised as trail-driving cowboys. As was custom at the time, they asked for breakfast, and Webb allowed the men to come inside and eat. But the foreman was suspicious of the strangers; Webb and his right-hand man, Frank Smith, drew their sidearms and kept a close eye on them. Reeves kept up the charade until, for a moment, something else caught Webb’s attention. Reeves sprang up, gripped Webb by the throat with one hand, and pulled his six-shooter on him with the other. Smith wheeled around and fired two shots at Reeves. Both went wide. Reeves answered with a single report from his Colt. He did not miss. Webb gurgled a surrender, while his gut-shot compatriot bled on the floor. Webb was put in irons, and the men started the long trip back to the Fort Smith jail, known as “Hell on the Border.” Smith died of his wounds by the time the posse reached the Chickasaw capitol of Tishomingo. His bones lie there still.

5. With the Fourth of July right around the corner, I had never heard of the Serapis flag. 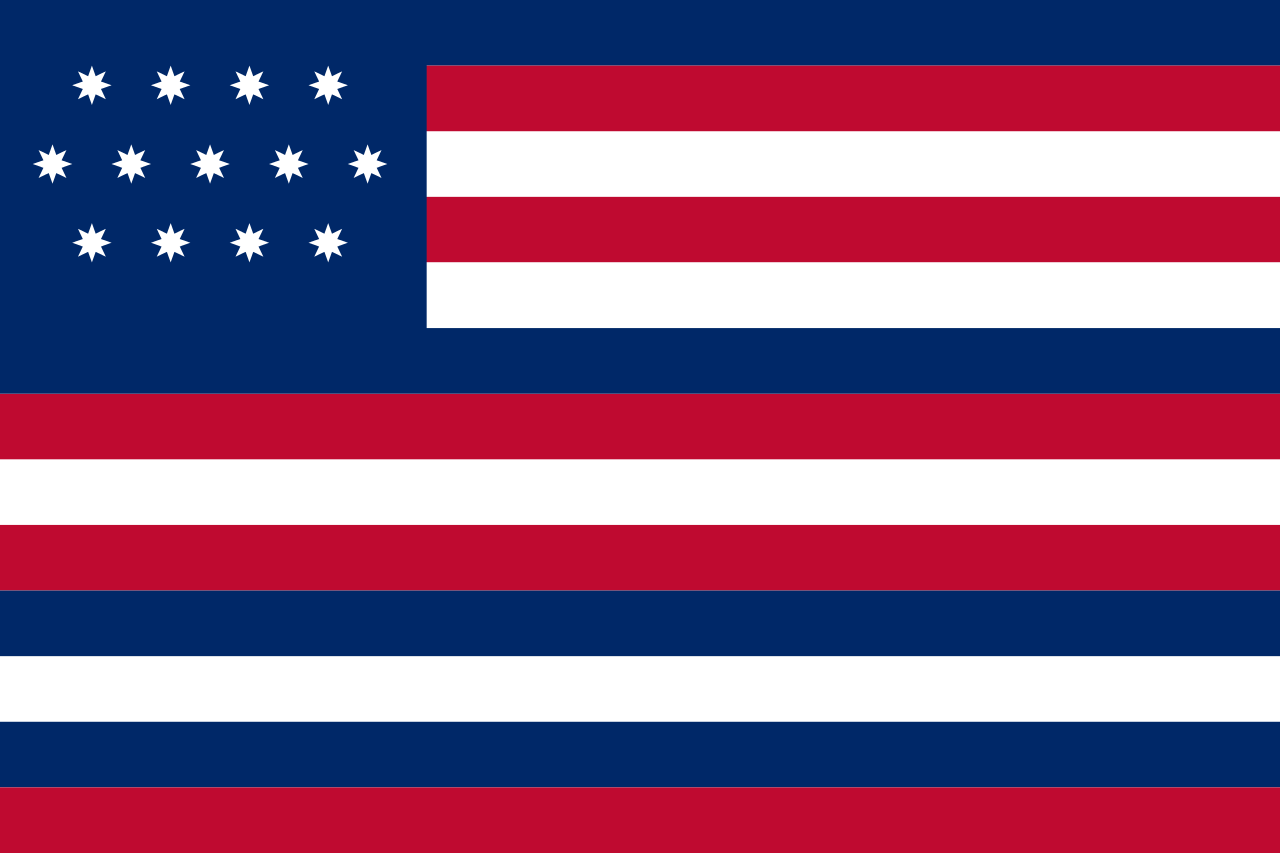 This flag was thrown in 1779 in the Battle of Flamborough Head with U.S. Navy Captain John Paul Jones as he captured the Serapis and was flown from that ship. Benjamin Franklin had described the flag and so this flag is also known as the Franklin Flag

It is with pleasure that we acquaint your excellency that the flag of the United States of America consists of thirteen stripes, alternately red, white, and blue; a small square in the upper angle, next the flagstaff, is a blue field, with thirteen white stars, denoting a new constellation.