Photo by Bob Raymakers on Unsplash

1. Ever heard of Sligachan? Me neither. Sligachan is a small settlement on Skye, Scotland, and this is the Sligachan Old Bridge and dates to 1810. Sligachan is also the location of a famous battle, where the Lord of the Isles attacked Skye in 1395, but “William MaLeod met the MacDonalds at Sligachan and drove them back to Loch Eynort.” If you go there there, it’s close to the Bblack Cuillin mountains and there’s a hotel and a microbrewery. That sounds pretty awesome. 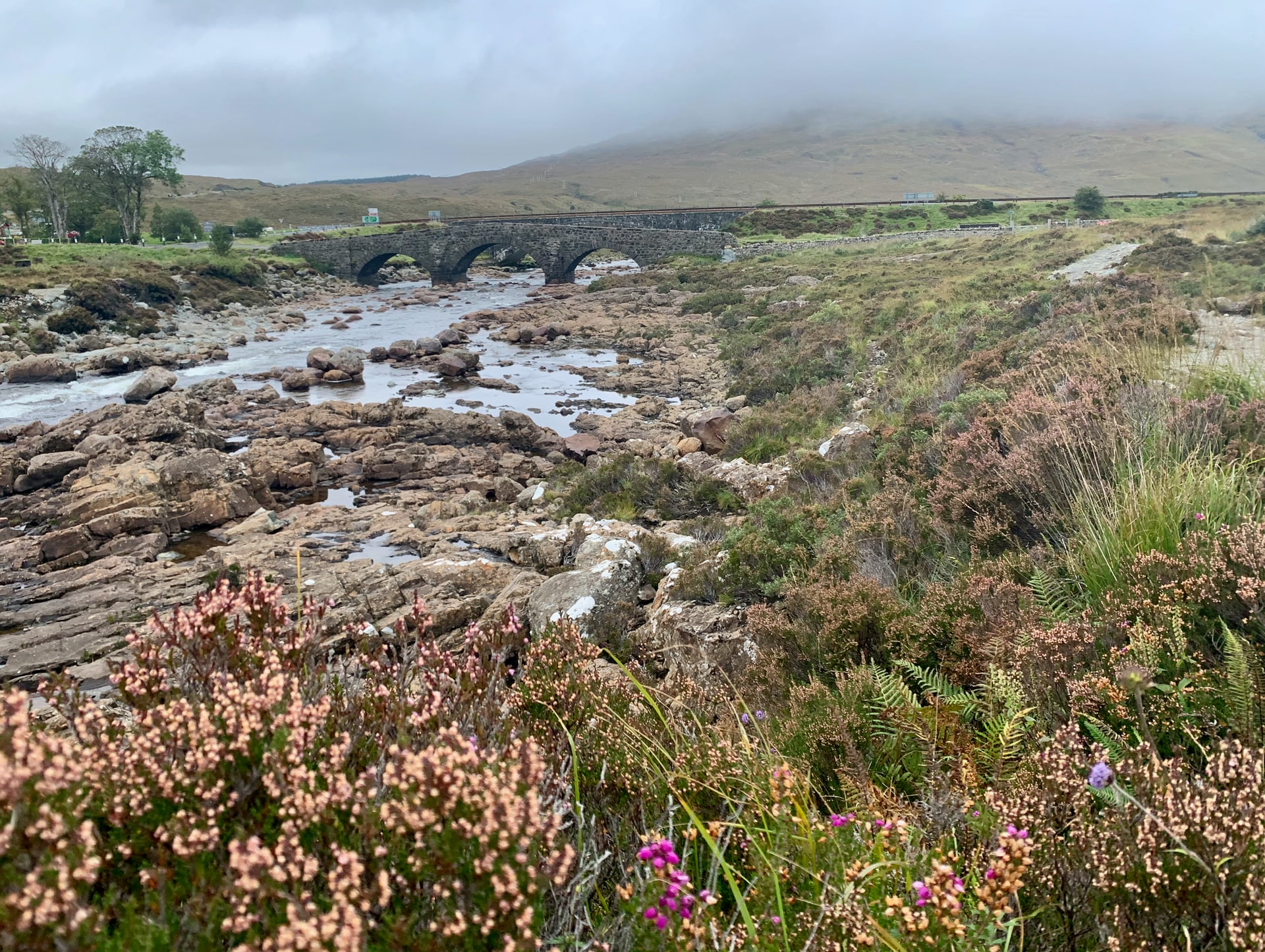 Photo by Agnieszka Mordaunt on Unsplash

2. Via Outside Online’s Paul Kvinta, the story of a type of falcon that appeared to be incredibly intelligent and picked on the crew of Charles Darwin while visiting the Falkland Islands.

The book is most compelling with Meiburg on the ground in these difficult places, discovering consistently fascinating caracara behavior. Deep in the rainforest of Guyana, he finds red-throated caracaras who survive primarily by eating wasp larva. The birds have deduced that if they dive-bomb wasp nests as aggressively as possible, the shocked residents will choose flight over fight. In the Chilean altiplano above 12,000 feet, Meiburg spends one of the coldest nights of his life in a sleeping bag on the edge of a salt lagoon, staking out mountain caracaras known for working in groups to flip over heavy flat stones in search of edible creatures.

3. The story of a couple who found a baby on a subway and ended up adopting that baby. The interesting thing about all of this is that the couple is two men, Danny and Pete, Danny found the baby wrapped in a sweatshirt with the umbilical cord still intact. It is amazing how life happens in front of us and how things happen to us.

“I had not had thoughts of adopting,” says Danny, “but at the same time, I could not stop thinking that… I did feel connected, I felt like this was not even an opportunity, it was a gift, and how can you say no to this gift.”

That baby is named Kevin and Kevin is in college studying computer science and mathematics.

4. Via the Associated Press, a handful of coins in Rhode Island led the the story of the very first worldwide manhunt, Captain Henry Every.

A handful of coins unearthed from a pick-your-own-fruit orchard in rural Rhode Island and other random corners of New England may help solve one of the planet’s oldest cold cases.

The villain in this tale: a murderous English pirate who became the world’s most-wanted criminal after plundering a ship carrying Muslim pilgrims home to India from Mecca, then eluded capture by posing as a slave trader.

“It’s a new history of a nearly perfect crime,” said Jim Bailey, an amateur historian and metal detectorist who found the first intact 17th-century Arabian coin in a meadow in Middletown.

That ancient pocket change — among the oldest ever found in North America — could explain how pirate Capt. Henry Every vanished into the wind.

On Sept. 7, 1695, the pirate ship Fancy, commanded by Every, ambushed and captured the Ganj-i-Sawai, a royal vessel owned by Indian emperor Aurangzeb, then one of the world’s most powerful men. Aboard were not only the worshipers returning from their pilgrimage, but tens of millions of dollars’ worth of gold and silver.

What followed was one of the most lucrative and heinous robberies of all time.

5. This New York Times article about these tiny subatomic particles that are disobeying the laws of physics is getting a ton of play this week because they’ve just discovered it. I’m reading this while finishing up the 5th book of the Hitchhiker’s Guide to the Galaxy, Mostly Harmless, and the Whole Sort of General Mish Mash.

The Whole Sort of General Mish Mash is a metaphor created to help people better understand a part of the complex concepts presented by the complicated web of probabilities and possibilities (parallel universes, one could say) presented by creation.

The Whole Sort of General Mish Mash, one could say, should be viewed as a plate of pie, or as a large tank of water. You could slice it and divide it up any way you’d like, and you’ll almost always find a way of looking at things somewhere in probability (a parallel universe) that somebody will find familiar.

It should be noted that the idea of the Whole Sort of General Mish Mash supersedes the very idea of parallel universes, and that the term is used in the above article only because it provides a comfortable thing with which one can equate, and better understand, the WSOGMM.